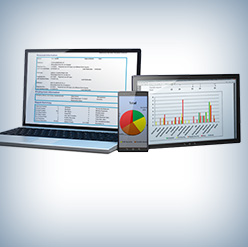 Following a public comment period, the Federal Trade Commission has issued final summaries of identity theft and general consumer rights and revised furnisher and user notices under the Fair Credit Reporting Act (FCRA) and the Fair and Accurate Credit Transactions Act of 2003 (FACTA). Consumer reporting companies are required to notify consumers of their rights under FACTA and steps they can take to protect themselves against identity theft and difficulties resulting from identity theft.

The general consumer rights summary includes, among other things, consumers' right to see their credit files and know when they have been used against them, to correct inaccuracies, and to opt-out of unsolicited offers. The summary also notes that, in addition to identity theft victims, active duty military personnel have additional rights under the FCRA and FACTA. This general summary of rights updates the current summary, which credit reporting companies provide to consumers with their credit reports. The furnisher and user notices explain to businesses their duties under the FCRA.

The FTC received 50 comments from individuals, businesses, and associations. In response to these comments, the Commission has made some changes to the proposed summaries and notices it issued in July 2004, including: (1) the addition of a Spanish-language statement at the top of the summary of rights indicating where Spanish-speaking consumers may go to obtain more information in Spanish; (2) clarification that a consumer must contact the nationwide consumer reporting companies to request that a fraud alert be placed on his or her credit file, and that the initial alert remains in a consumer's file for at least 90 days; and (3) clarification that a consumer may request that a consumer reporting company block any information, not just account information, in the consumer's file if the information is the result of identity theft.

The FTC vote to approve the final rule and the publication of the Federal Register notice was 5-0.

Summaries of Rights and Notices of Duties Under the FCRA & FACT Act: Publication of Final Guidance on Model Disclosures
http://www.ftc.gov/os/2004/11/041119facta.pdf

Appendix G: Notice to Furnishers of Information: Obligations of Furnishers Under the FCRA
http://www.ftc.gov/os/2004/11/041119factaappg.pdf

Appendix H: Notice to Users of Consumer Reports: Obligations of Users Under the FCRA
http://www.ftc.gov/os/2004/11/041119factaapph.pdf

Information subject to change without notice.